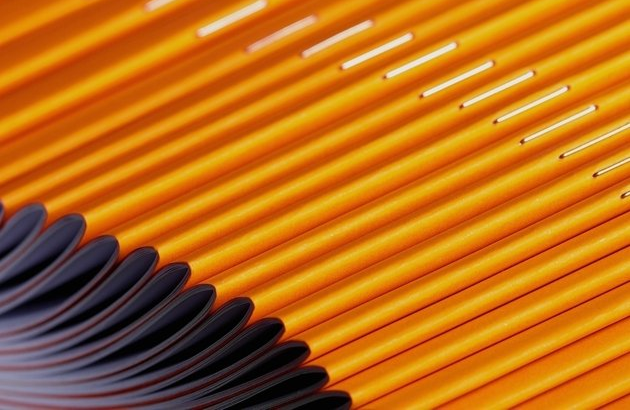 uAttend takes the guesswork out of time and attendance for Watkiss

Watkiss Automation Sales Limited is a British manufacturing company who’ve been designing and manufacturing print finishing equipment for more than 35 years. 80% of their production is exported all over the world.

There are 3 factories in Sandy, Bedfordshire employing 70 staff in production, admin, R&D, sales and service.

Thanks for the memory

Prior to signing up to the uAttend employee management system, all staff completed a manual timesheet. The timesheets were signed off by departmental supervisors and then submitted to the accounts department every 4th Monday of the payday week, ready for preparation of the 4-weekly payroll run. It would take at least half a day to go through all the timesheets and verify time worked, overtime due, holiday, sickness and unpaid leave, and then to transfer the information to a spreadsheet prior to entering the figures onto the payroll system for the calculation of salaries.

Finance Director Susan Attew takes up the story, “The manual system always required a high element of trust that the figures entered are accurate, and we have known for a long time that it is human nature to ‘forget’ the 5 or 10 minutes that they were late arriving in the morning, and then claim overtime at the end of the day forgetting the late start. Most employees would complete their timesheets from memory at the end of the 4 weeks. The other grey area was making up time when going out for doctor’s appointments, etc.”

There must be a better way…

Susan continues, “It was decided with today’s modern technology there must be a more reliable way of recording time and attendance, and to make the administration of such less time consuming. We decided in June 2012 to research the market of time and attendance devices on the internet.”

Watkiss were looking to replace their ‘old-fashioned’ timecard clocking system with a system that could easily register arrival and departure times using fingerprint or face scanning clocking in terminals.

“Our research led us to the uAttend cloud-based system and we ordered our first fingerprint device and set up a small trial with just one of our departments. We had a few teething problems with the initial set up due to some of our older metalwork operatives having very poor fingerprints and therefore not getting reliable readings.”

Chronologic’s Sales Director Alastair Slade was happy to visit the site to assess and discuss their requirements to find a solution to the fingerprint issue. It was decided that the uAttend MN2000 face scanning terminal was the answer.

Susan comments, “We trialled this and were delighted with the ease of set up and the reliable recognition of all our staff. We soon expanded the system to a unit in all 3 of our factories with the data being recorded over the internet, and sent to a central online data site which could record the ins and outs of all staff, even if they arrived in one building and left from another!”

Initially uAttend with the face scanning terminal was run on a trial basis for 3 months alongside the existing manual timesheets before switching completely over to the new uAttend system. The clocking in data is exported from the uAttend database and imported into a finance spreadsheet which analyses the data further to produce the figures required for their particular payroll system. All absences are recorded together with notes on the individual timecards so that this data (e.g. holidays, sickness etc.), also comes across in the export report.

Susan found it enlightening to compare data from the old manual system with uAttend, “We have checked the manual timesheets against the ‘actual’ time and it is interesting how much rounding up goes on!!”

We can easily see that there is at least 1 hour of unworked time per month over all the staff that we are paying for due to late arrivals and early leaving. Overtime is also over claimed as we pay in half hour increments and it’s often noted that 50 minutes of work is translated into 1 hour worked on the timesheet.”

Susan is certainly now a fan of uAttend, “I have our uAttend account login screen as my homepage on the internet. Every morning we check to see who has logged in. If anyone has not clocked in I speak to their supervisor to see if they have called in, if they haven’t booked holiday – this way we know who’s in attendance daily. When staff are late, a note is added to the timecard for our records.”

Watkiss initially had concerns that staff would be anti the new accurate uAttend system. uAttend has however enabled them to offer staff more flexibility, which makes it fairer to all staff and so has gained acceptance across the company.

“If staff do need to take time out for family emergencies or appointments then we can more easily monitor the making up of time during the week. We are not going away from our contractual hours, however, there are times due to traffic, etc. when staff may be unavoidably late and we allow them to add that time on to the end of the day or later in the week so that they don’t lose any pay.”