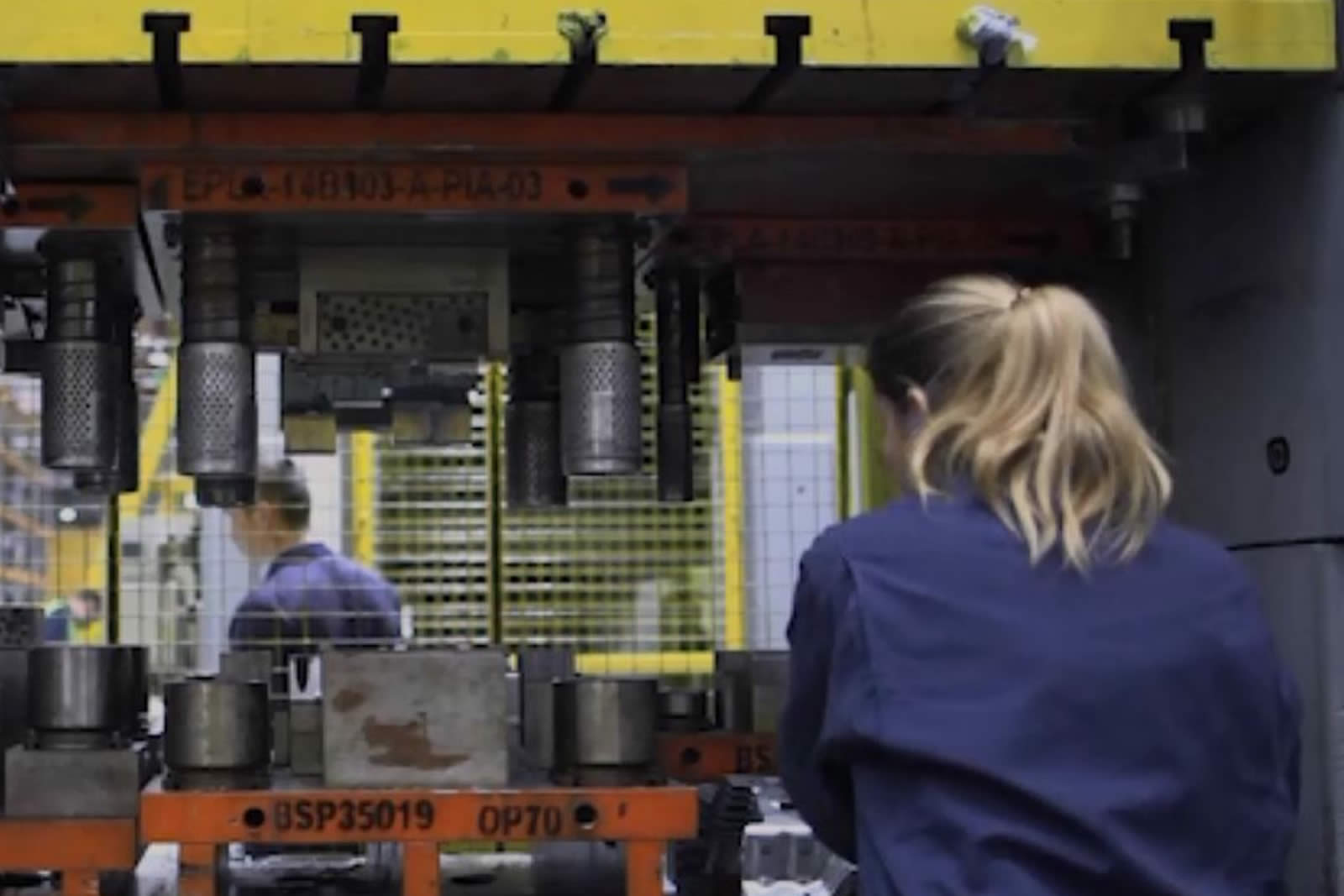 Broadways Stampings Limited is a privately owned company established in 1976. The company manufactures a wide range of pressed component parts and welded assemblies for the automotive industry. Recent projects have included parts for the new 100% battery powered Jaguar I Pace.

Broadways had a swipe card attendance system already in place. Recruitment agency, MK Personnel, suggested uAttend as an alternative because they were going to use uAttend for clocking in their agency staff.

“They said we should look at uAttend as it was a lot simpler and a lot less financially.“

In total, 120 Broadways employees and 90 Dyson employees now clock in using a total of 5 uAttend biometric fingerprint terminals installed over the two sites.

The staffing agency has their own uAttend clocking terminal and an account for 60 agency staff which they manage, Bev has access to that account as well.

uAttend offered a whopping 98% year-on-year cost saving over the previous swipe card system*. When Broadways took Dyson over, their clocking system was replaced with uAttend as well which has also saved money.

In addition, Bev says that money has been saved by preventing time fraud, “With the card swipe system it was very easy for somebody to clock someone else in.”

“I’ve always found the support team to be very helpful.”

Last thoughts from Bev on uAttend,

“It’s a simple system, gives the reports you want. It’s easy to import into our payroll system. And we use it for the fire register as the site is quite big.”

“You don’t have to be a rocket scientist to set it up!”